DORA MARKUS AND HER ACTORS
Many winters have passed
with a general sensation:
in biographies one can see devils
hung out on clotheslines in the courtyard:
their insane joy caresses
gray hair: Dora Markus
on a plain day
played the piano with existential subtlety.
Viennese children with gibus hats and silk scarves lived along blooming embankments
and delicate downfalls:
the skater slips between those trifles
stirring the objects of his propriety.
The mind seeks images at random:
I would not like them
to describe themselves.
All afternoon we sailed
through a European rite: the air strikes
an empty zone and traces around
the shapes a light
that is metaphysical and a little tipsy.
The theatrical shoemaker
replies that in order to live we are used:
he applauds the Provencal poets,
he led them this far through delicate periphrases. Because of the continuity of the species
roses have neither beginning nor end:
a saxophone burns in the country
where no work is explicable:
one speaks trying not to make the alphabet squeak: her hair is a clique,
it glows at the center of the earth.
She had to confront much stronger enemies.
And the outline of a cloud
grazes the pavement: between nostalgia and experience a woman in a cafe is a simple idea: she lights the Christmas candies
with yellowed hair:
her house knew the avant-garde
but the claque of a winter’s tale
rendered its violence exact.
Her face had appeared
among great mansions:
now she looks at the clothes on the chairs,
there are days lean as storms
which leave nothing intact:
perhaps the biography
fades with a particular name,
and with the eyes’ magic
the sequence of a syllogism
is reflected in the shadow on the window pane.
Amid an outgrowth of green branches Elizabethan poets sing:
we are at the origins of light,
the wind’s error compels a religious
awareness, the roots grow
like tongues that put on their best clothes.
The flowers are actors
that meditate a difficult part
they grow through strange visions
and among light spaces life
becomes a sign of malice:
they arrive at the threshold of a laboratory
where the moon lends the preferred sign.
With the lean detachment from the part
the wind houses the emigrants.
If writing is the sign that they had thought
no one can ask poetry
to be like that sign.
A mirror fogs
reflects false angles,
before building an argument
one thinks oneself horrible or mad.
The actors perform with new quotations,
the doors to the stairs creak
and in puddles the noon sun shines.

KAFKA AT BOLOGNA
We have scoured the entire city
to learn where the deception resides:
the season opens with a polemic
against the Stoics but the day is against
those arguments: the name that persisted
as far as the border with the rain
expresses in a lofty
style an event that everyone knows.
There are scant traces
of all the solutions, the higher region of existence does not belong to us: the cloudless
albatross is a machine with simple
rules, it plays with the hoopoe
obstructing the past.
I have seen previous winters
escape this purpose:
they rose during involuntary solitudes
tracing lines over cones of grass.
He can only be received again:
his alter ego in this projection
transforms the forest into a cultural zone:
among the nocturnal gestures
a virtuous exercise can be narrated
in common words: the swallows come
to visit Kafka’s body.
He never thought history
could be any different.
Through a system of errors
the consignees reassume this machine
in a manufacturing language:
futurist objects must be
adulated or switched off.
Absorbed in a popular belief
several scientists represent society
with threads of memory:
they try to hold it together
but its vocation is to disintegrate,
It cleverly fixes its game
while a thread of light falls on the leaves.
A program of negligent days
offers a motive for reflection:
the shining crowd has one foot
in the shadow, those who speak of it
become the squalls of an epoch:
the pretence of the uprooted
flows into myth and a double row of vines
rocks the chairs in the dining room.
The altar boy walks between dialectic and
structure: he shakes the branches at
sunset, unaware that nothing is a syllogism:
and an insidious pair
leads a central idea to a baroque cart:
because of his solitude
he only lives twice.
The distance conceals those motives,
the defects whirl in the air,
he had conceived an important project
but saw his intentions vanish.

AMITIE’ AMOUREUSE
The man with the puckered lips
has the fascination of an heir:
it’s better to be deceived at once,
a romantic excursion would spoil
his past: in the movement
of that center the images
are hidden in the main gate:
the windy days vanish
between the lines of those years,
in the sky a half-moon records
that involuntary performance,
and an unknown bird
carries a blade of straw in its beak:
we discover those initial ideas
a decade later
with the prerogative of a discourse.
The light of these constructions will stream by:
the fundamental thesis
is that no one can change them: in this place
memory sings itself and beneath the cold
the sky waits
for it to become clearer.
With impersonal noise
they come and go among the word’s structures,
the air strikes deeply
that metaphor invented in jest.
Immersed in the most tiring details
of this profession
a rarely introspective actor
leads an almost charming life.
The days of this appearance
await us with a luxurious finale.
The syllables delineate its contours.
Travelers through the crowd
upset destiny
and Ophelia suddenly appears
with no desire for anything.
From a table’s height
the trees appear insignificant
ideas capsize in the corners;
in the end a body is enough
while it works.
For a good part of the night
rain has fallen:
the emperor had no desire
to inspect the ranks
the other must not have noticed
his age, he thought it was
useless to display his intelligence,
he didn’t notice that on his nose
a transparent drop had appeared.
His house is an office
where dust and light sparkle.
He writes his letters
in an-uncertain land where fog bathes stones
and plaster covers the stars.
On the first day his language
made the sky, and on the second,
after volumes, the mountains
became spinning catherine wheels.

DIARY OF A THIEF
If I’m upset it is by the order
of nature, the shrubs
know that I represent them
as the roots in that soil,
the order confirms the presence
of subjects, because the acacias
are such hopeless trees:
through the process of the sentence
dust covers the leaves again;
it shouldn’t surprise anyone
hat the rays illuminate the armchairs:
astride an old world
the scoundrels unbind their pens:
the graybeards walk by
they go back over old stories
histories of solitude and misery
set at the highest point of history:
this is the matter,
days dense with impiety and misery,
what is concrete is the tension
or joy of that complicated meal:
nothing is easier than those allegories
you seek a figure
for an absolute.interrogation,
the unity of the fragments
was never so alone:
but no one thinks of restoring to those objects
the eye of memory
and man rewrites himself in clothing
made famous by thieves.
That example assumes that the meaning
of life is lost
beyond the noise of steps:
maybe man is alive because he writes
amid these leaden rooms.
He doesn’t love inflamed matter
the anxious song that belongs
to a thousand vegetations,
Panofsky’s figure is inexplicable
to the naked eye: now a crystal
winter knows that among the syllables
the infirm words dig out
a niche in the norm.
The baroque tongue unwraps the horizon
weeps beneath the rain
and again asks where that body
comes from: the swallows make
a eulogy of the wall
(they seek an equivalent in language).

SEGNI
The days pass on that face
like a curious déjà-vu;
they write their dispatches
in a house where the children
are known for some intellectual habit;
a distorted photograph
dominates over all and offers its
misery like a magician of words
at the sound of women.

There have never been men crazier than these. The rays stand for excess, and the
investigation shapes up as
an amalgamation of elements.
The man listening wants to complicate
it further:
he enjoys stressing his sense of
inertia; like a branch, his tremors
are serious; he exits from the wind
like an emptied wound, and the daughter
of a foggy autumn reigns in new anarchy. Ruffled by the gathering light,
she isolates herself in her truth:
the elegy of dreams is like the cadence of this rhythm.

Testing out the door-posts
means taking steps of old-fashioned patience, guides urged along by the movement of the lips. The light shows shattered
symbols in a room,
a kingdom without a king.
The street reveals-in a jotted-down note
some private affair, like a cloud or a travel bag. The children, disguised as the truth,
shine like something in a skid.

A passion circles round our body
and a singular selfishness
allows an instant hit on the surface;
but with children it’s necessary
to stick to the obvious, and the
follow-up to the story is the
noise of grass blades blown through
the teeth. The half-moon’s painted face
has fuller days; it knows about
the immense scattering of leaves off peach trees or about overlapping times
clotting atoms of hope. 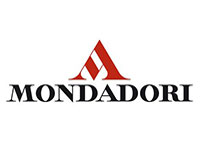 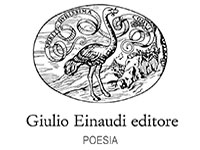 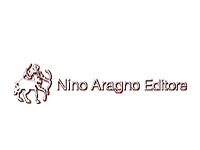 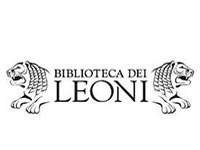